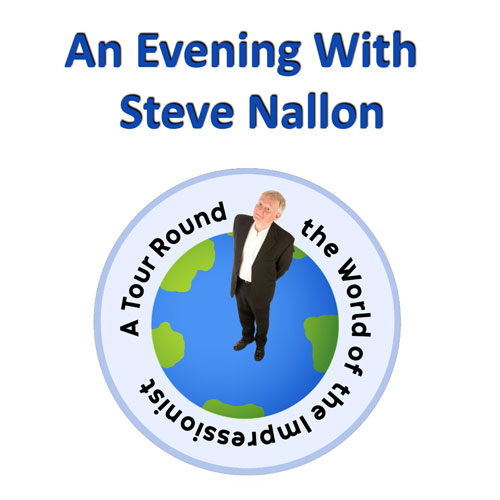 AN EVENING WITH STEVE NALLON

During his years as an after dinner speaker, Steve developed a full length entertainment act that he now calls AN EVENING WITH STEVE NALLON. In the show, Steve Nallon brings with him, as it were, his very own 'special guests' and together they offer you an engaging and insightful 'Tour Round the World of the Impressionist'. Steve takes his audience through his own history of doing voices, from characters on radio and television that intrigued him as a child to his personal and professional experience of the modern world of celebrity, sport and culture. Along the way, Steve shows you a few tricks of the trade as to how voices are created, offers some theories as to why we find mimicry so funny and what it's like to become so many different characters. As he says himself, "Impressionists are the only people in the world who want you to be accepted for who they're not!" The evening takes in as well Steve's time on the hugely success TV series SPITTING IMAGE, where he talks about how the show was put together and the inspiration behind the caricatures. Steve Nallon's 'Tour Round the World of the Impressionist' has been performed at numerous literary festivals and cultural societies as well as on P&O cruises and at Rotary Club events up and down the country. 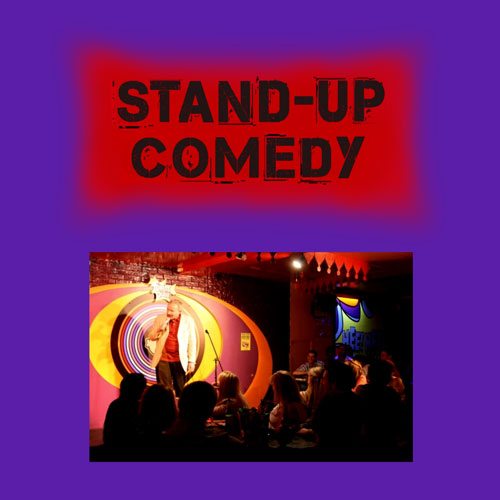 As a teenager, Steve Nallon created a comedy impressionist act that led to Steve becoming one of the youngest performers on the northern Working Men's Clubs Circuit. For five years between 1976 and 1980 performed on stages all over Yorkshire and beyond. 'Clubland', as it was known, may no longer exist as it did back then, but Steve remembers well many of the venues he performed in, including Swarcliffe Working Men's Club, Newton Aycliffe Trades and Labour Club, Pudsey West End Working Men's Club, The Railway Club, The Co-operative and Riffle Club plus the cabaret venues The Talk of Yorkshire and Fanny's Night Club in Great Yarmouth. University brought these early ventures into stand-up to an end, but in the 2000s Steve returned to gigging with an up-to-date and brilliantly razor-sharp comedy set that became a regular part of line-ups at top comedy club venues in London such as Comedy Camp, The Covent Garden Comedy Club, The Chuckle Club, Comedy Soho-ho, BrouHaHa, The Comedy Café, Downstairs at the Kings Head, Hampstead Comedy Club, Monkey Business and many others across the UK. Part of Steve's stand-up act was recorded for the cult comedy series THE DAN AND DUSTY SHOW on ITV and this was broadcast in 2004.