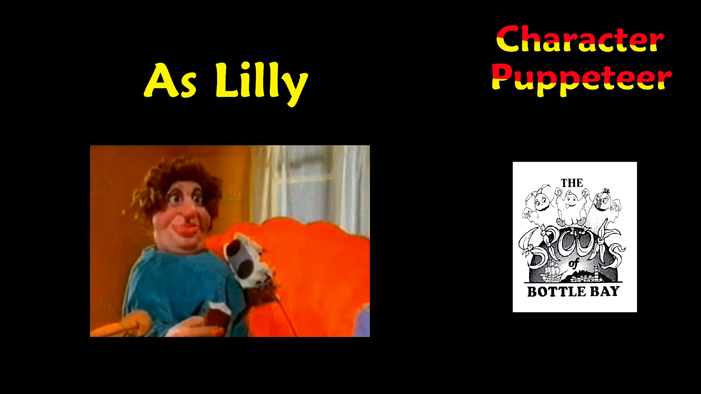 As Lilly in THE SPOOKS OF BOTTLE BAY 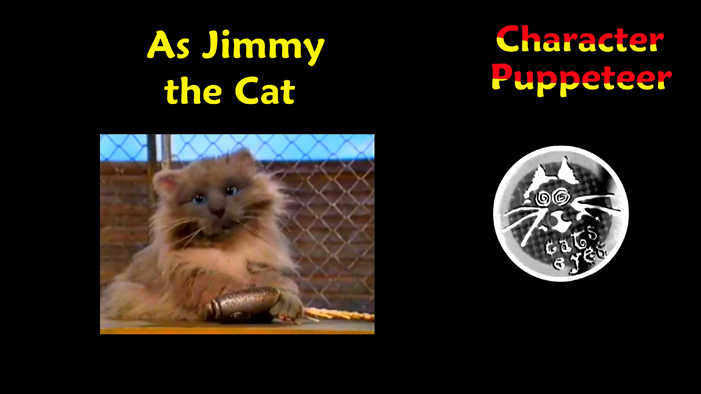 As Jimmy the Cat from CATS EYES 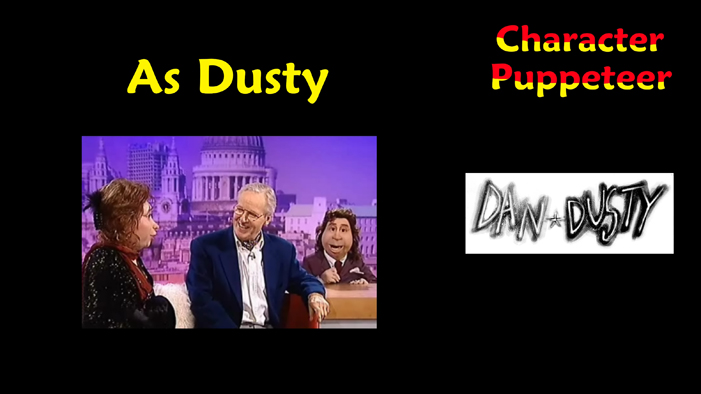 Dusty in cult TV show DAN AND DUSTY Part One 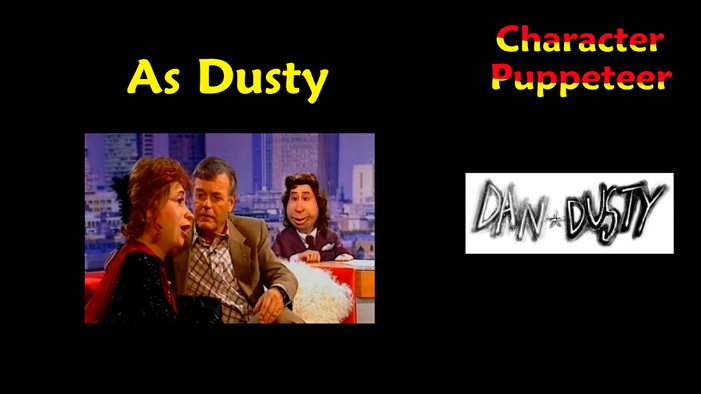 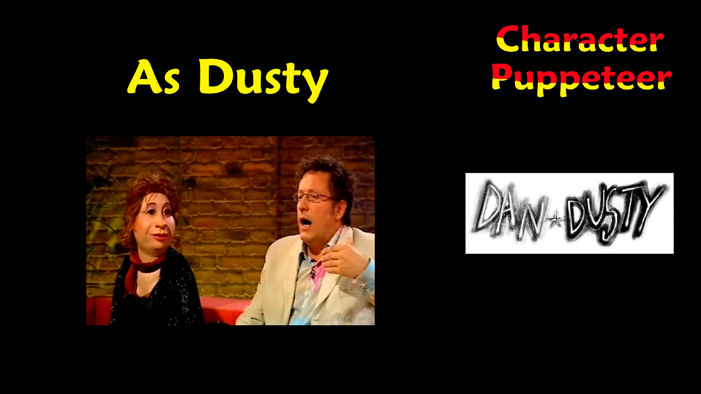 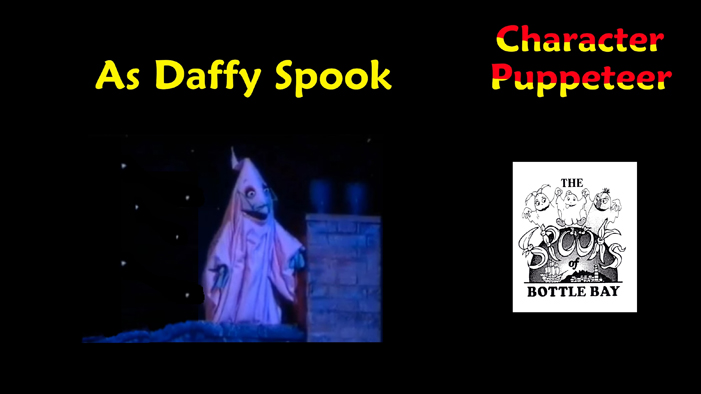 Daffy Spook in THE SPOOKS OF BOTTLE BAY 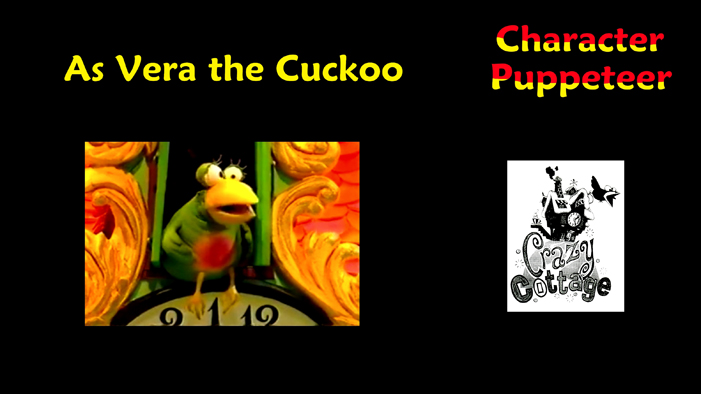 Vera the Cuckoo in CRAZY COTTAGE 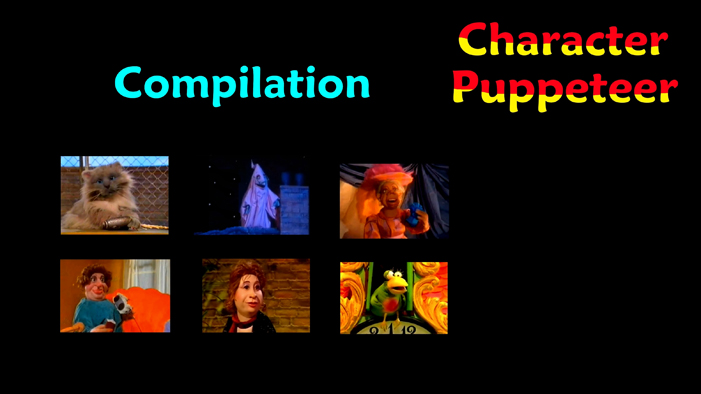 During the early days of SPITTING IMAGE, Steve was essentially 'trained up' to be a puppeteer. The idea originally on the series was to have the puppets operated and voiced at the same time, as it is done on THE MUPPETS, and so Steve was taken on as both voice actor and trainee puppeteer. In short sketches in those early programmes - or 'quickies' as they became known - Steve would be miked-up do the voice and the puppet together. However, in longer and often technically complicated sketches, the puppet was usually operated by a more senior puppeteer and Steve would stand close to the set and perform the script from there, watching and responding to the action as he did. But recording sketches like this proved to be impossible in a studio that was constantly building and taking down sets. The solution to these early production problems was to have the voices mainly pre-recorded earlier in the week and later played back on the studio floor to the puppeteers who would then 'lip-sync' the mouth movement of the puppet to the audio track.

Even so, Steve continued his training as a junior puppeteer. His nick-name on the series became 'Head of Eyes', as Steve soon gained a reputation for operating the mechanism that controlled eye movement in such a way that the blinks became part of the character and the eyes very responsive to what was going on in the sketch. He worked many times as well as 'second arm' to the legendary Muppet performer Louise Gold, and here watched and learnt the skills of a truly gifted puppeteer. Steve soon graduated from operating eyes and second arms to working with the small puppets and then later moved on to the bigger ones. And it was doing these that the producer John Lloyd began to notice Steve's natural ability to lip-sync to the pre-recorded track, plus his comic invention with the movements of the puppets themselves. That special the waggle of Douglas Hurd's head or the constant hand stroking that David Own did with his hair were early hallmarks of Steve's idiosyncratic puppet skills.

When you add what Steve had learnt during his years on SPITTING IMAGE to his natural talent for comedy voices, you won't be surprised to learn that in the 1990s Steve became a much sought after puppeteer performer, especially in children's television. During that decade, Steve created numerous and colourful puppet characters for over a hundred television shows that are still fondly remembered today. Millennials often write to Steve about Jimmy the Cat from CATS' EYES (BBC) and Vera, the Mad Cuckoo from CRAZY COTTAGE (ITV), and many more never to be forgotten characters, including the Duchess of Dingledale, Daffy Spook and Lily in THE SPOOKS OF BOTTLE BAY (ITV), Vera Gristle in THE HOUSE OF GRISTLE (BBC), P.T. Panther and Pablo in THE WILD BUNCH (C4) and Cassie in WHAT'S UP DOC? (ITV). During this period, Steve also worked for Jim Henson Productions with puppet work on the film MUPPET TREASURE ISLAND. In 2004, Steve returned to puppeetering on the late night ITV puppet show DAN AND DUSTY SHOW, where Steve played Dusty and even sang the title song for the series. A more recent return to puppeteering came again in 2018 when Steve joined the production team on the cult Netflix series THE DARK CRYSTAL: AGE OF RESISTANCE as a Remote Control Operator.